A life gone too soon

Last week we lost a friend and a very special person. A life story that would have remained untold. He is one of the forgotten children of the world, a life made difficult by poverty, by Huntington’s disease, and by social neglect. His story, now told, is a call to action.

This tragic loss was a reminder of why our project to help at risk children living in poverty is so important. His loss cannot be ignored nor forgotten.

Olver was a very special kid for me personally and for all of us working in Colombia to help those living in the most extreme of circumstances. Olver fell ill with a high fever, and by the time his family reached the hospital two days later, he could not be saved. He was 8 years old. We had just spent a few days together in Barranquilla, where for the first time he met his sponsor, Dr. Hilal Lashuel. His eyes wide open with all the gifts he received, I remember giving him chocolate cake on the last night of the conference. Olver was always hungry and he loved sweets. He was happy and I know we contributed to his happiness.

When a few years ago I first visited the rural community of San Angel, in Magdalena State in Colombia, I met several families living with Huntington’s disease, abandoned by society and completely unknown to the rest of the world. Living in isolation, many lacked basic necessities such as fresh water and electricity. I had brought some gifts for children, and this is when I met Olver and his friend Eduardo, both of whom had no shoes and lacked any toys. Seeing their condition, I was inspired to start Project ‘Abrazos’ to try to help them by establishing an sponsorship program for kids living in impoverished HD families. Therefore, Olver was the reason why we started the program. The first picture below shows Olver with Eduardo with the two staffed animals I gave them. This is the very moment when I decided to start project Abrazos.

Olver was then a very shy child of 5, and would hide behind trees. He would not talk to me then. He did not interact well with other children and would cry constantly if one tried to engage him. He refused to go in the swimming pool or play with others. Over the years, we witnessed an amazing transformation: he smiled constantly, was happy and well integrated with the other children in the program and the adults from Funcovulc, the organization running the program. He became a symbol of what the program could achieve socially.

I remember well in the second year of the program when Olver came one day spontaneously and held my hand. This was a very special and moving moment for me, because I felt we had reached him and gave him a new chance in life. Even though he still did not know how to read, we saw the hope in his eyes of a better future. His loss is a tragic and stark reminder that we need to do more. His death was untimely and, most likely preventable. If his family had access to medical assistance, lived closer to a medical center, or had access to transportation, he would be with us today.

But we will not forget him, nor will his life be in vain. He is now a symbol of our struggle to make a better world for other children like him, who have to endure extremely hard conditions. We will redouble our efforts to care for them and their families, and we will tell his story so that his life will have a lasting impact.

Olver Isaac Cantillo Caro was born on the 30th of October, 2010, in Sábanas de San Ángel, Colombia. His biological mother, Cenia de Ávila, was the daughter of an HD patient who passed from the disease in 2015. Olver’s dad was never there for him as he had another family, so he grew up without him. Because of poverty, Olver’s mother left Olver with his grandmother, our friend Juventina, who raised him in very difficult conditions since he was 6 months old. Olver was going to school, even though he did not yet know how to read. He also lacked papers and his parents never officially registered him.

Olver lived with his older brother Jose David, who is also sponsored by Factor-H and Funcovulc. He leaves behind friends and family, and all of us whose hearts he touched with his beautiful smile and his sparkling eyes.

Olver was a very wonderful human being and he made our lives better.

Rest in peace my little friend, I will miss you. 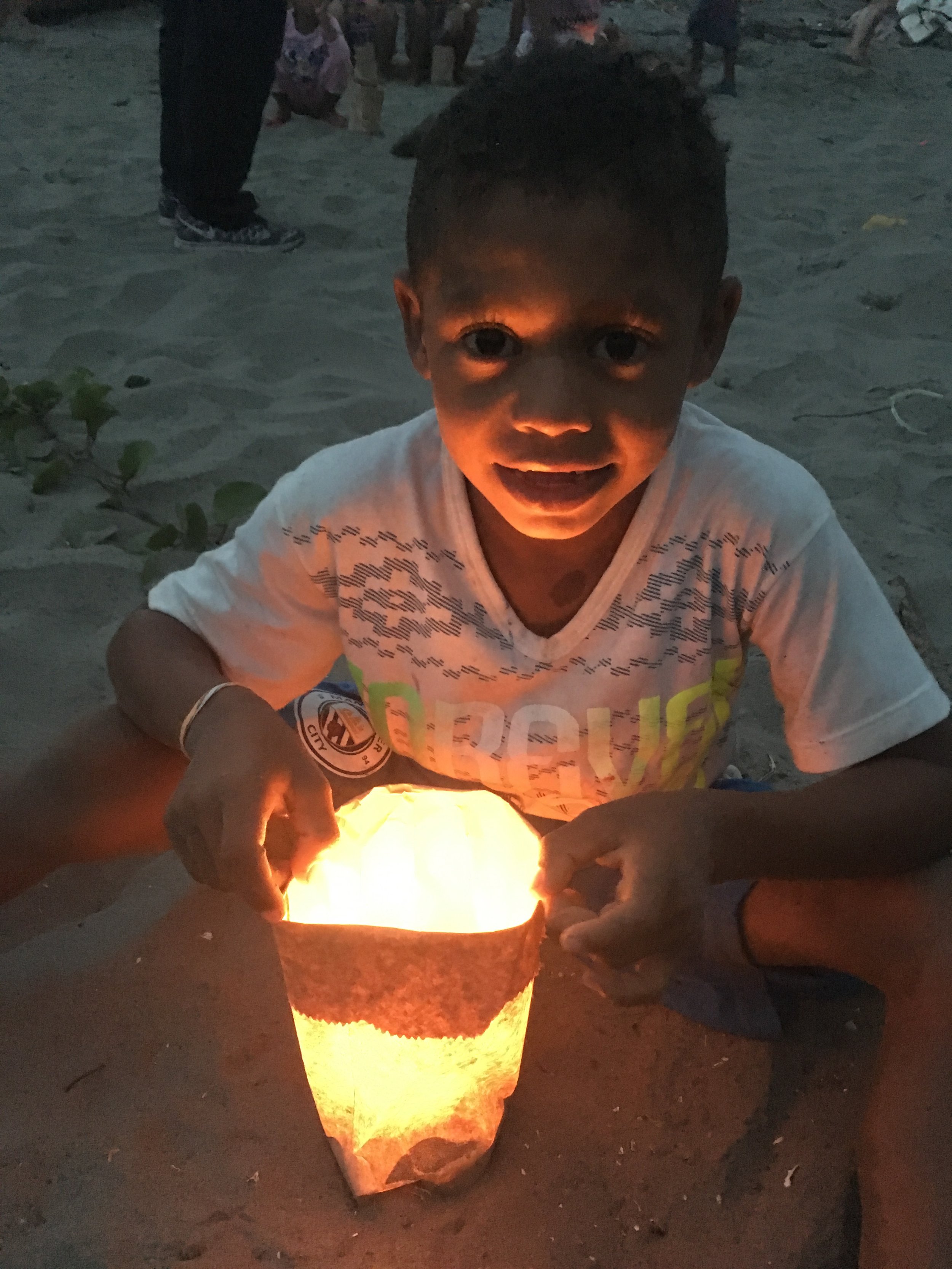 Olver at one of the gatherings in San Bernardo del Viento 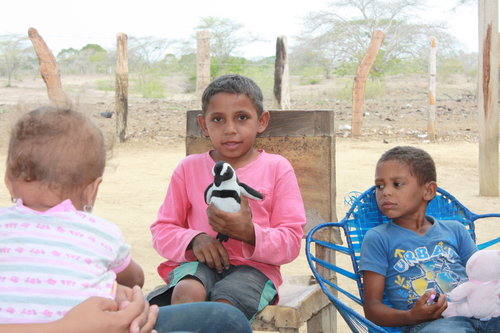 The moment when project Abrazos was born. Olver, then five, and Eduardo, with their first staffed animals. 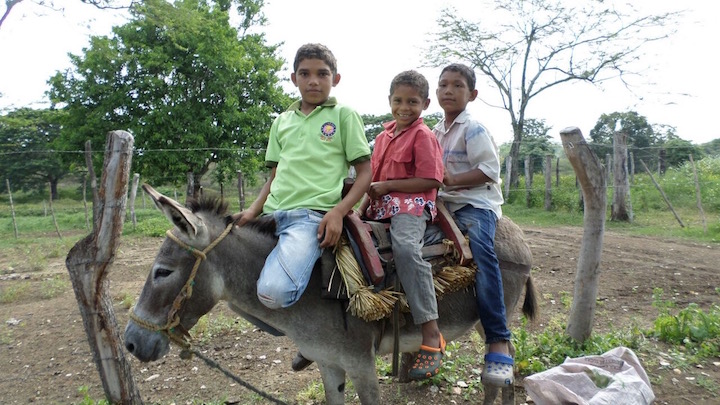 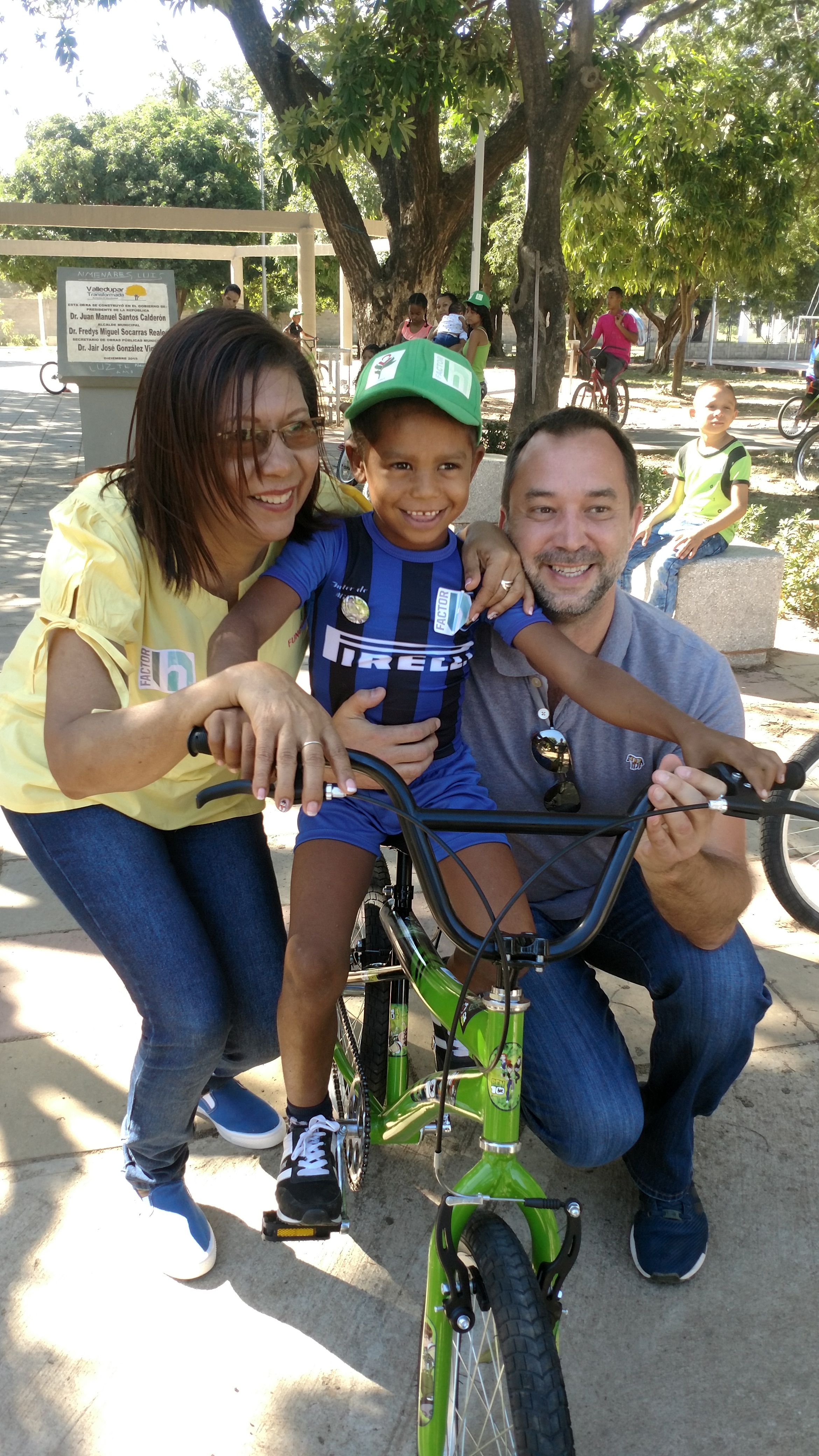 Olver getting his bicycle, Christmas 2016